A collection of glossary showed in MicroVideoSoft products as below, users can consult and use it to learn about technology that pertains to MicroVideoSoft products.
ASF
Advanced Streaming Format (formerly Active Streaming Format). A Microsoft file and data stream format for multimedia data including audio, video, still images, and other data types. Also referred to as Windows Media format..

AVI
AVI stands for Audio Video Interleave. This is a container video format that specifies certain structure how the audio and video streams should be stored within the file. AVI itself doesn’t specify how it should be encoded (just like the streaming format ASF), so the audio/video can be stored in very various ways. Most commonly used video codecs that use AVI structure are M-JPEG and DivX. AVI contains code called FourCC which tells what codec it is encoded with.

SDK
A software development kit (SDK or “devkit”) is typically a set of development tools that allows a software engineer to create applications for a certain software package, software framework, hardware platform, computer system, video game console, operating system, or similar platform. It may be something as simple as an application programming interface in the form of some files to interface to a particular programming language or include sophisticated hardware to communicate with a certain embedded system. Common tools include debugging aids and other utilities often presented in an IDE. SDKs also frequently include sample code and supporting technical notes or other supporting documentation to help clarify points from the primary reference material.

Video
Video is made up of an electro-magnetic signal that that can travel through electronic devices like cables, antennas, satellite dishes and TVs. Sent from its source, video has a certain amount of information in it that makes up the video picture. However, when that signal travels through a sending device it can also pick up additional information from other electro-magnetic sources. This is what is called interference or static (for those of you who use bunny-ear antennas on your TV, you know what I mean). What makes the difference between Analog and DV video is the way the video signal is interpreted on the sending and receiving ends of all that electro-magnetic communication.

WMA
WMA is acronym for Windows Media Audio. WMA files contain perceptually encoded sound data. The frequencies that humans cannot perceive are removed, although some audio purists say they can tell the difference between a high bit-rate WMA and a Wave file.A WMA file can be as much as 20 times smaller than an equivalent WAV file.

MPEG
MPEG stands for ‘Moving Pictures Experts Groups’. It is a group working under the directives of the International Standards Organization (ISO) and the International Electro-Technical Commission (IEC). MPEG is a committee of experts from the audio, video and computer industries developing an evolving series of standards for compression of moving images.

SWF
SWF stands for ‘Shockwave Flash’. It is a partially open file format for multimedia and especially vector graphics developed by Adobe (formerly Macromedia). Intended to be small enough for publication on the web, SWF files can contain animations or applets of varying degrees of interactivity and function. SWF is also sometimes used for creating animated display graphics and menus for DVD movies, and television commercials. 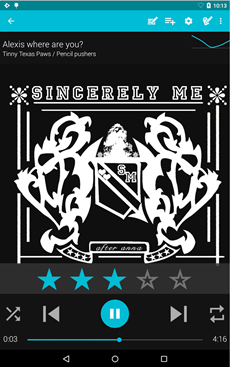 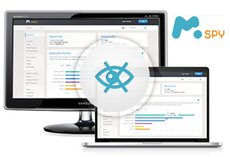 mSpy is a monitoring app that allows you to monitor the phone’s text messages, emails, calls, photos, videos, contacts, and instant messages remotely.

Phone spy, also known as spy app, is a mobile app that remotely tracks and obtains information from target phones.